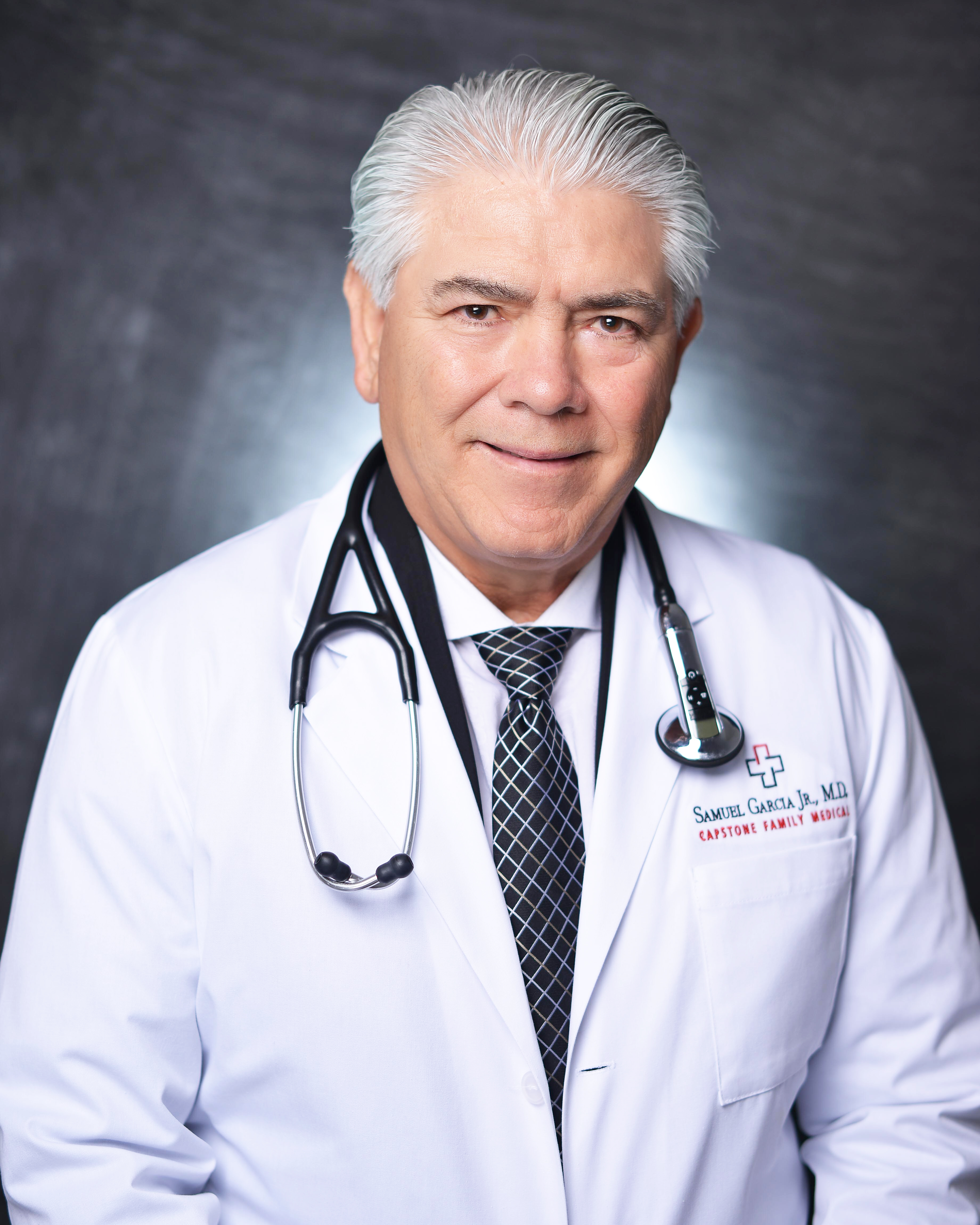 Dr. Samuel T. Garcia, Jr. is a practicing physician in McAllen, Texas. He attended Pan American University in Edinburg, Texas receiving a Bachelor of Science in Biology in 1977. He went on to the Autonomous University of Nuevo Leon In Monterrey, Nuevo Leon, Mexico and received his Medical Degree in 1985. After graduation he completed his residency in Family Practice at Cook County Hospital in Chicago, Illinois in 1989.

He returned to the Rio Grande Valley and worked for Trevino, Garza & Associates Group Practice from 1989-1991 before opening his private practice in September of 1991. In 1998, Dr. Garcia enrolled in an MBA Program for Physicians at the University of Texas Pan American and obtained his MBA in May of 2000.

Outside of caring for his patients, Dr. Garcia enjoys golfing, bicycling, hunting, and fishing.